A famous painting in Art History everyone should know: Dance

In today’s article about a famous painting in Art History, we’re going to talk about one of my favorite paintings: Dance by Matisse. I particularly like this artwork because it combines two beautiful forms of expression: painting and dance. 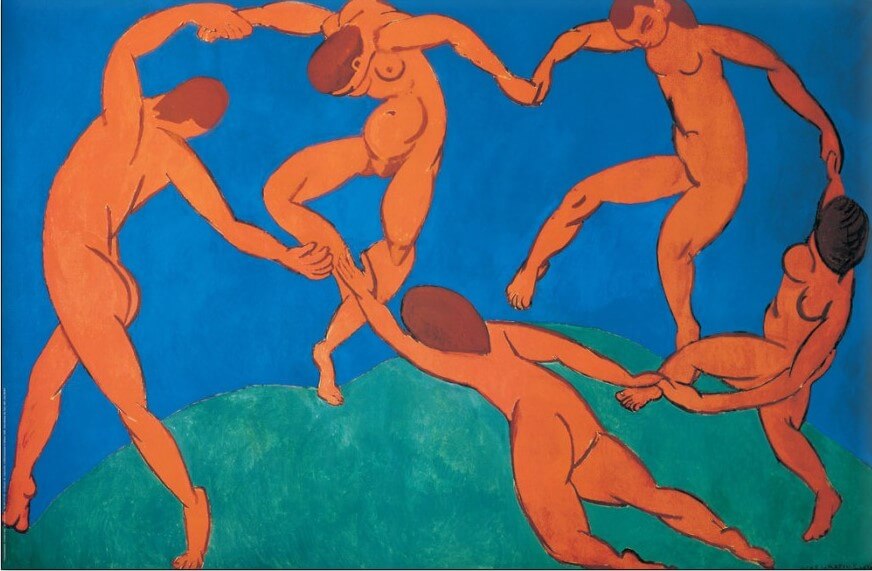 The painting was completed by the French painter, Henri Matisse, in 1910 for an affluent Russian Art collector. The rich man hired Matisse to create two large decorative panels for his mansion in Moscow and so Matisse provided him with Dance and Music, two paintings with very similar characteristics.

One of the first facts about Dance is obviously its size: since it was originally created to fit the staircase of the Russian collector, Henri Matisse created artwork of 260cm per 391cm. ‘Big’ is an understatement.

The French painter actually completed two versions of Dance; the first one in 1909 with lighter colors and fewer details, and the second one in 1910 where he chose to add more details and to create more contrast between the sky, the grass and the 5 bodies by essentially using blue, green and red.

It is true that the colors used by the painter are not so realistic but this is because the Dance is one of the most representative symbols of fauvism. Fauvism is an artistic movement that began around 1904 and is characterized by the usage of strong colors, simple shapes, and high contrasts. We often put fauvism in opposition with the impressionist movement, characterized by the usage of soft colors and low contrasts.

In fact, in this painting, we can see that Matisse used only three primary colors - blue, green and red - to create a contrast between the nudity of the characters and their environment. This artwork was criticized a lot in the Art salons in 1910 because some people interpreted it as a representation of a pagan rite or barbaric scene but the reality is way less dramatic. It appears that Matisse got inspired one day when traveling in the south of France by a group of fishermen dancing the “Sardana”, a traditional Catalan farandole!

So people used to dance naked in the south of France…?

Well no, but Matisse probably wanted to accentuate the dance thanks to the nudity of the characters. In fact, the Art of dancing was something sacred for the French painter and he probably depicted nudes to underline the “purity of the movement”. But the nudity can also be interpreted as a rejection of the modern civilization and as an advocate for a necessary reunification with nature. 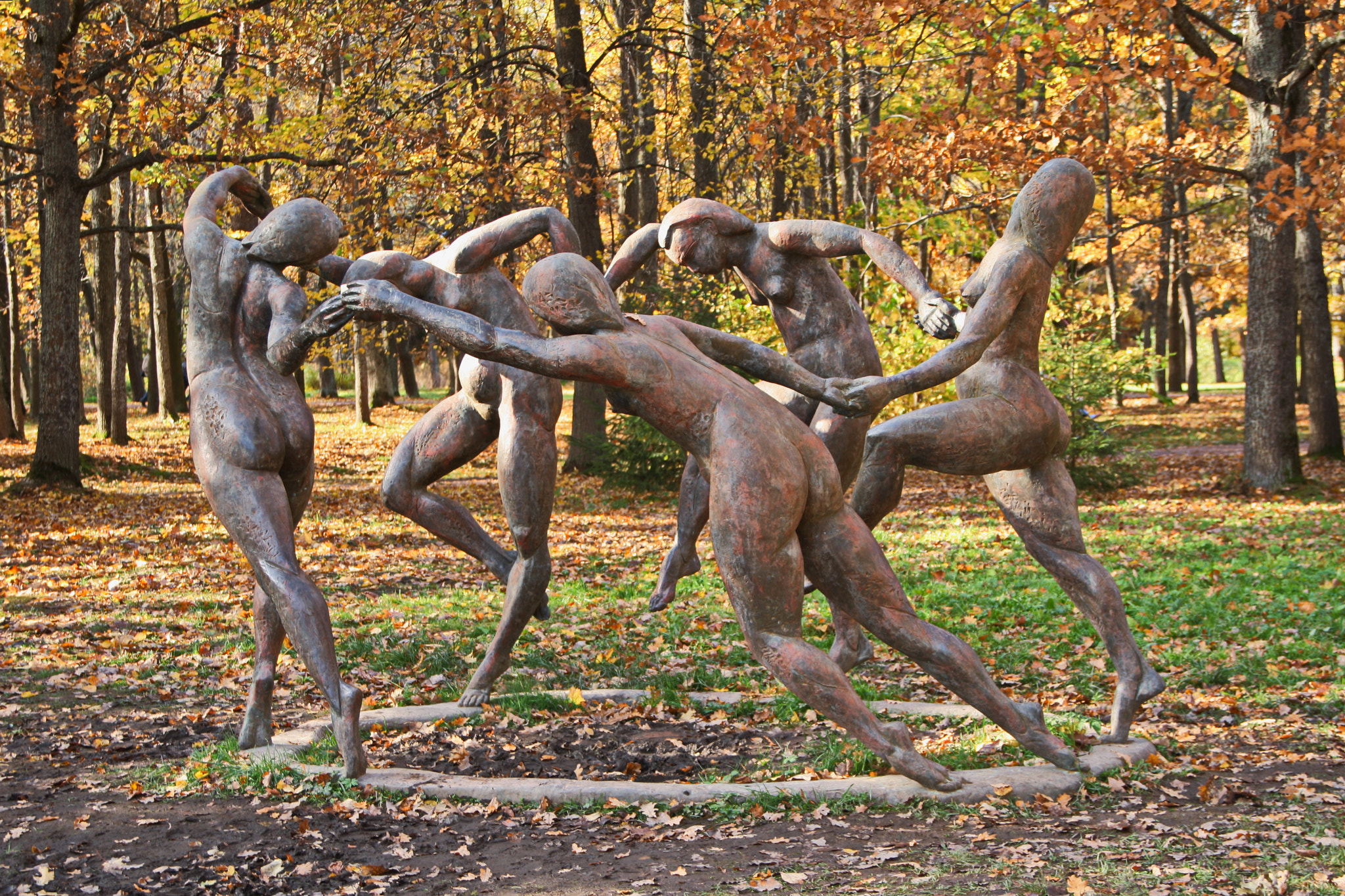 It seems that they are enjoying it a lot!

Exactly! To me, the beauty of this masterpiece resides in the fact that the five characters are entirely lost in their dance. The bodies in levitation let us understand the vivacity and the intensity of the movement. We don’t really care about the characters, if they are men or women, the focus is 100% on the dance. This non-identification to the characters is also a way to invite us to join the movement and dance with them.

Did you see that two characters are not holding hands?

I know that, at first sight, this is not obvious since the rupture’s point is overlapped by a leg and the color harmony is preserved but, still, it is something accessible to the viewer's eyes (remember that the painting is very big).

Because this artwork inspired reunification with a bit of “who cares” vibes, it was used a lot in the pop-culture (just like Starry by van Gogh), and especially by tattoo artists.

Did you know that does commission too? From a photograph, a drawing or a simple idea, you can create your painting. One of our artists will depict it according to your requirements; a nice way to capture your memories!