Artupia for the premiere of Toy Story 4 in Rome

On Tuesday of June, Artupia had the chance to collaborate with Disney for the Toy Story 4 film premiere in Rome. Nine years after the last adventures of Woody and Buzz, Toy Story comes back to the cinema for the delight of children and grown-ups! was invited to the premiere and had the chance to showcase the talents of one of their artists, Alice Fois.

This is not the first collaboration between Artupia and Disney! In fact, we already participated the Marry Poppins film launch, allowing 20 of our artists to create custom artworks inspired by the characters and the imaginary of the movie. Apparently, the attraction was a success since Disney asked us to reiterate the experience for the premiere of Toy Story 4 in Rome last Tuesday evening (18th of June). 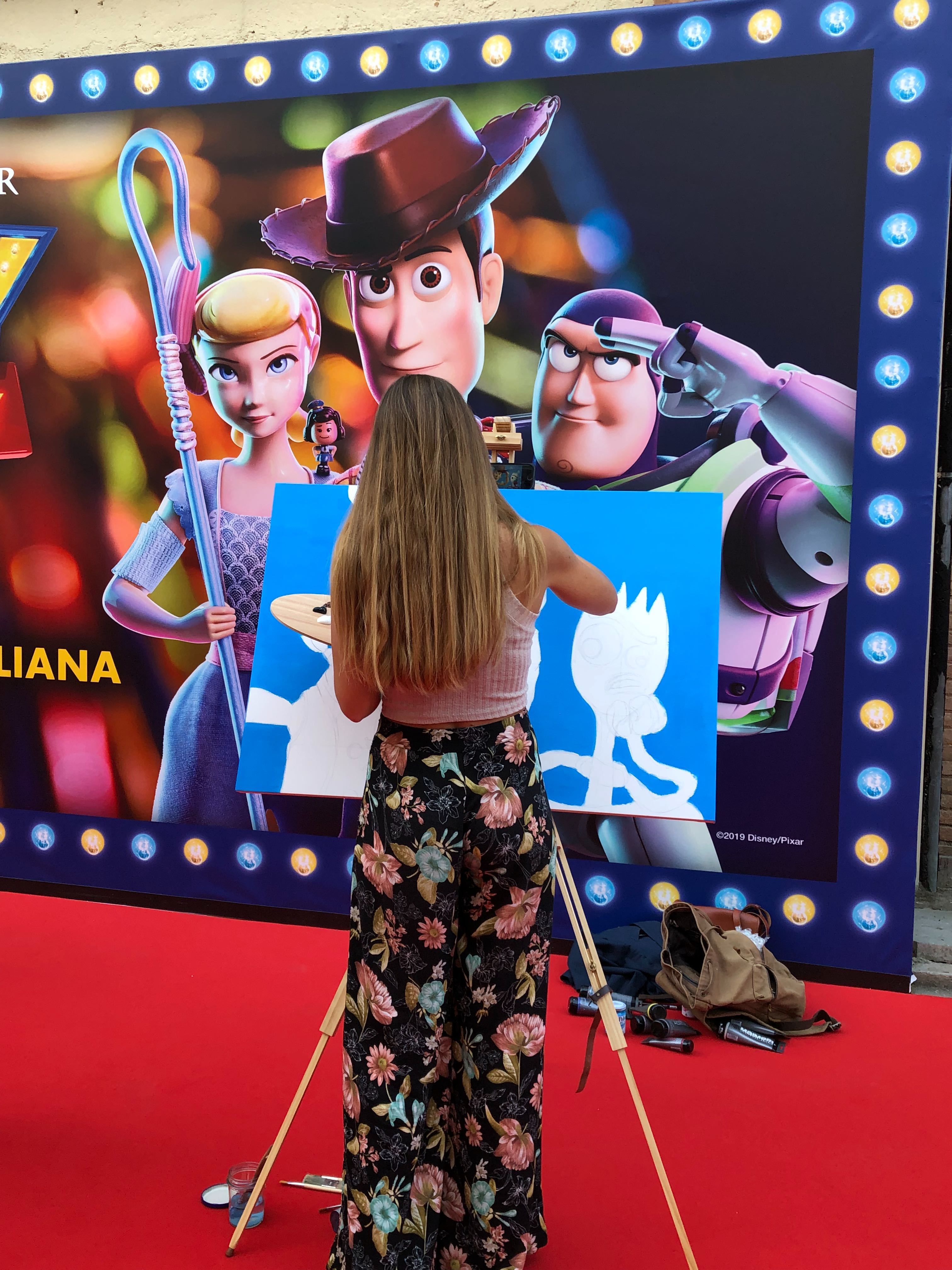 This time, our artist Alice Fois created a live painting on the red carpet of two of the movie characters. It was her first experience of live painting and she did a great job!

“I have to say that I was really stressed because it was my first live painting! But honestly, once my fear had passed, I really had a blast. There were a lot of children around me, looking at me painting and asking questions about my technique, the colors I used, my life as an artist, etc. People were really interested and it was very satisfying for me”. Alice Fois

At , we are proud to promote and help our artists to increase their visibility through collaborations with companies. We know how challenging it is for them to complete a live painting but the experience is always a success for the public who is typically used to only seeing a final painting rather than the work that goes into it. We like the idea to make people think that Art can be accessible to them too, that creativity is everywhere and even sometimes, closer than what they think.

“Even if it was a challenge because the paint dries faster when painting outdoors, I think my performance was a success because I received a lot of positive feedback and so does Artupia for promoting young and emerging artists like me”. Alice Fois

is a community-driven Art platform that works with +1K artists in over 25 countries. Our goal is to defy the status-quo of the elitist industry and make Art more accessible to everyday people by offering original and one-of-a-kind paintings at affordable and transparent prices. We empower our artists to share their craft with the world through collaborations with companies like Walt Disney Company, but also the SDA Bocconi and Boom Imagestudio.

Feel free to contact us for more information about our creative collaborations.

More about our collaborations

Blog
Learn More
Work with us